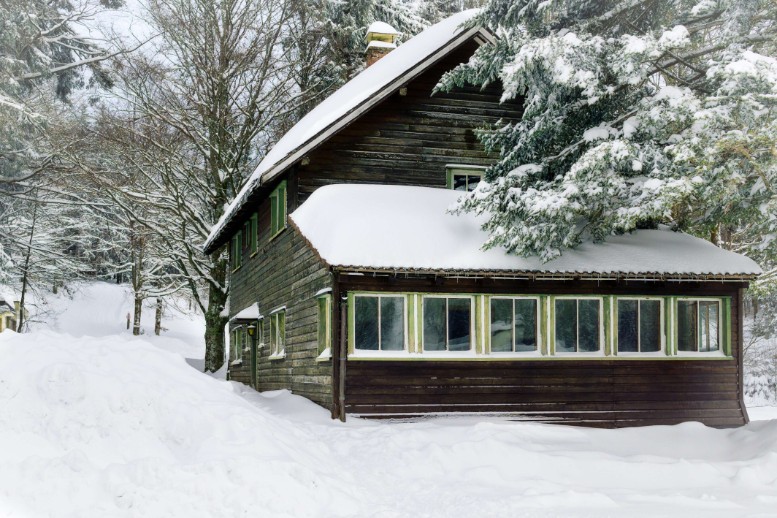 For Pittsburgh homeowners, winter can be the most trying time of year. The storms that pound the city of bridges bring with them an array of perils that can create serious hazards around the home, if they’re not promptly and properly taken care of. Living in a snowy region, it’s impossible to avoid the occasional unsightly buildup of heaps of snow on the rooftop. And after just a few inches of snowfall, all of that powder starts to get heavy very quickly. Roof snow load can build up fast, and before you know it, put undue stress on your roof. So how much snow can a roof hold?

In some parts of the country, snow accumulates up to a foot or more, but, fortunately, that’s less common in Pittsburgh than some of the lakeside regions further north. Still, even if the sun beats down on your roof all day, it may not necessarily melt all of that accumulation before the next snowfall. And if the city gets hit again, and again… you could quickly find a few feet of roof snow load piled up over your head. If you’ve got snow on the roof, you should know what to look for before you call a roofing contractor in the Pittsburgh area.

Now, your roof isn’t just “one thing” that’s either strong enough for the snow load, or isn’t. Your roof is really a system of smaller parts working together: trusses, the roof deck, the rafter assembly, and the exterior roofing material itself. The materials, the shape, and the structural integrity of your roof are all going to play a part in how well your roof holds up against the snow and ice. 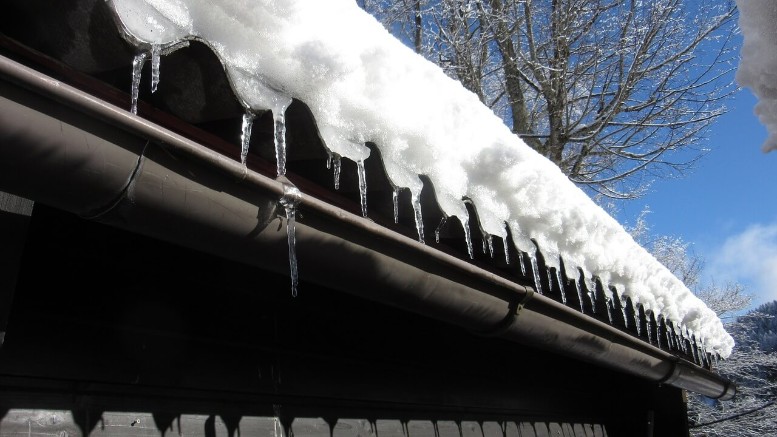 When it comes to your roofing materials, a hard roof is going to be inherently softer than a “soft” roof (think metal versus asphalt shingles). If you’ve got a metal or slate roof, these heavy and durable materials are much sturdier and will bear the weight of a lot more snow than wood or asphalt. Plus, to have one of these roofs in the first place, your home will have been reinforced to handle the weight of the roofing materials themselves. Metal roofs can handle far more roof snow load than other types of roofs; they tend to be the best choice when it comes to strength and load-bearing capabilities.

The shape of your roof also plays are really important factor how much snow the roof can hold. A practically-designed pitched roof will be nice and steep, allowing for snow to simply slide off down the side before it can accumulate too much. However, a roof that’s got a shallow pitch (or is flat) is at risk of damage or failure from roof snow load.

Additionally, if snow falls unevenly on the roof, then, of course, the weight distribution of the accumulation is going to be uneven, which poses and even greater risk. When designing and building a new roof, you should give consideration to any face of the of the home that’s going to be sheltered from the wind or precipitation, as this can impact the distribution of roof snow load as it accumulates.

Ok, so, really: how much snow can a roof hold? 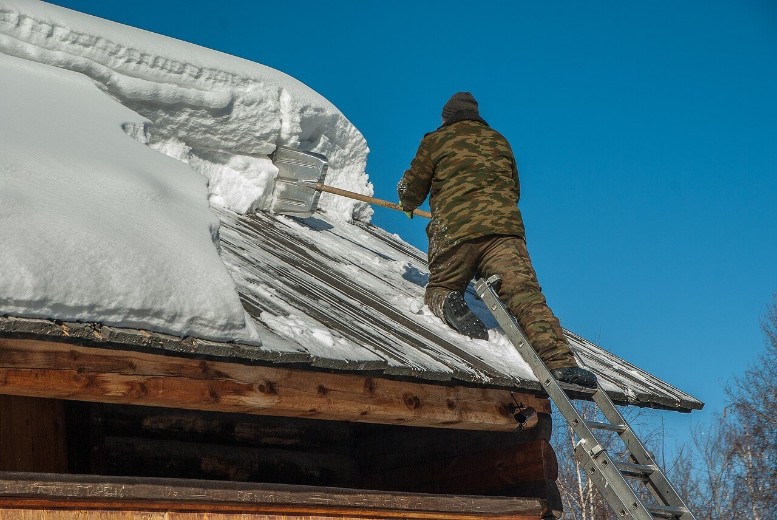 All of these things considered, a good “golden rule” for roof snow load is that you should start getting rid of snow build-up when it has accumulated to 18 inches or higher. Of course, the weight of the snow is going to count, too, so if you notice that it’s dense and heavy, you might want to get up there sooner. 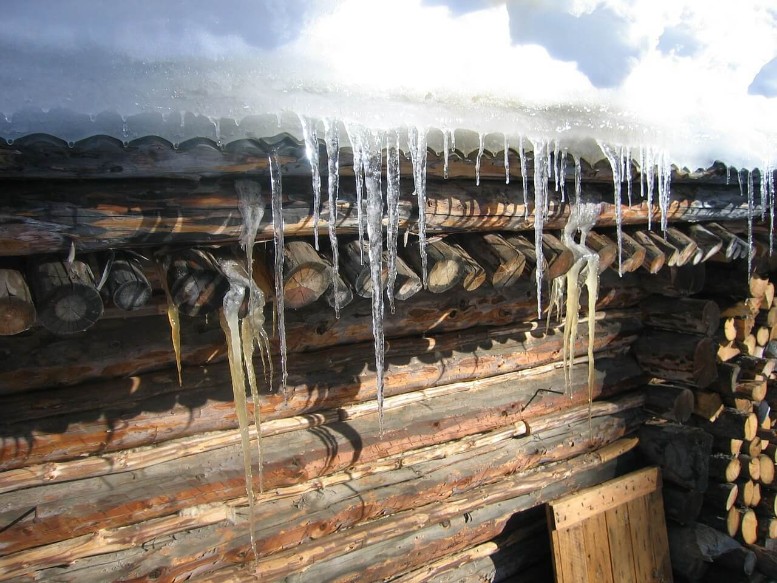 The weight of the snow isn’t the only thing you’ll need to think about. Heavy roof snow load also exacerbates a common menace against Pittsburgh roofs: the ice dam.

Ice dams occur when snow begins to melt and trickle down your roof to drip away down the gutters… but then freezes again when it reaches the edge of the roof, which isn’t as warm as the higher part of the roof.

This can lead to a couple of frustrating issues. Ice dams result in the pooling of that water as it drips down the roof and stops against the frozen mass. Pools of water on the roof can waterlog and weaken the roofing materials that they’re sitting on top of. This results in leaks to your roof, which will ultimately call for a roof repair. It can also result in you needing gutter repair services.

And, ice dams can be difficult to remove, meaning that even if you identify the problem quickly, you’re still running the risk of causing damage to your shingles. You never want to chip away at an ice dam like you would chip away ice frozen to your driveway; you might crack or shatter the roofing materials below.

Things to Avoid When Trying to Remove an Ice Dam

You’ll also want to avoid using calcium chloride, rock salt, or similar chemical solutions to melt away the ice dam. Calcium chloride can stain your roofing materials, especially after repeated uses. Rock salt can actually cause lasting and permanent damage to your shingles, meaning you’ve simply replaced one serious problem with another one.

Instead, crank up the heat in your house to a nice and toasty 80 degrees about a half an hour before you schedule a Gotcha Covered Contracting professional to come out and remove your ice dam. They can do the job safely and effectively, and save you money on repairs in the long run.